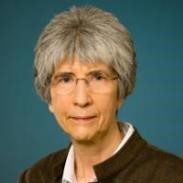 Sandra E Black, MD, FRCP(C) is an internationally recognized stroke and cognitive neurologist, a Professor of Medicine (Neurology) in the Department of Medicine, University of Toronto and Sunnybrook Health Sciences Centre, who held the inaugural Brill Chair in Neurology from 2006-2017. A leading clinical trialist in dementia, she is the Executive Director of the Toronto Dementia Research Alliance, a collaborative network of memory clinics in U of T’s academic institutions. She is the Sunnybrook Site Director of the Heart & Stroke Foundation Canadian Partnership for Stroke Recovery, a national network of stroke centres dedicated to improving recovery after stroke, and Hurvitz Brain Sciences Research Program Director at Sunnybrook Research Institute, where she has championed an interdisciplinary integrated approach across medical and scientific disciplines.

Dr. Black has published >600 papers (530 peer-reviewed) (Scopus HI 86; Google Scholar 114; >58,000 citations) in a 30-year research career that has bridged dementia and stroke, using multimodal, quantitative cognition, behavior and function measures to study brain-behavior relationships across the common dementias, cross-sectionally and over time. Her recent focus has been on relationships of Alzheimer’s and small vessel disease, including fluid biomarkers and neuropathology. Her team has shown that the neuropathological substrate of perivascular white matter hyperintensities present in > 90% of people over 65 is collagenosis thickening of the large deep medullary veins, and that involvement of lateral cholinergic pathways by small vessel diseases is associated with problems with switching attention and working memory.

Accelerated by philanthropy from the LC Campbell Foundation, her team has advocated for standardized MRI acquisition protocols and developed personalized semiautomatic computerized pipelines to simultaneously measure brain atrophy, focal stroke, and all subtypes of small vessel disease, which was uniquely abled to handle comorbid focal stroke, small vessel disease and atrophy. These are currently being modernized and modularized providing ground truth for Machine Learning approaches and starting to be available as apps for download (see www.brainlab.ca).  Her group has provided core services such as rating scales and volumetrics for several local and Canadian studies including the Canadian Atherosclerosis Imaging Network (CAIN), Sunnybrook Dementia Study (SDS), Medical Imaging Trials Network of Canada (MITNEC), the Ontario Neurodegenerative Disease Research Initiative (ONDRI), Canadian Consortium on Neurodegeneration in Aging (CCNA), and the Canadian Alliance for Healthy Hearts and Minds (CAHHM). She has served on the Research Executive Committee of ONDRI as co-lead of AD/MCI and as a member of the imaging platform. She serves on CCNA as co-lead of Theme II cohorts and clinical trials, and as a member of the imaging platform.

Internationally, Dr. Black is a co-founder of the International Society of Vascular Behavioural and Cognitive Disorders (VASCOG), serves on the program committee, and hosted a very successful VASCOG conference in Toronto in 2013. She served on the Alzheimer’s Disease Neuroimaging Initiative (ADNI) Data and Publications Committee, and currently as a member of the ADNI Research Executive Committee. She is a member of  the Scientific Advisory Council of the Alzheimer’s Association International Society to Advance Alzheimer’s Research and Treatment (ISTAART) from 2009-2011, serving as Chair on the Advisory Council from 2016-2018. She helped to establish the Professional Interest Area in Vascular Cognitive Impairment, and continues to serve on its program committee. She has been an advisor to the Heart and Stroke Foundation of Canada (HSFC) for over three decades, and served on the Advisory Council of the Ontario Stroke Network, the Board of Directors and Clinical Advisory Committee for CorHealth Ontario. She recently co-chaired the Vascular Cognitive Impairment study group (2017-2019) as part of HSFC major strategy planning. She has served on the Research and Ethics committee of the Aphasia Institute since 1989.

Dr. Black has mentored numerous young faculty, and supervised 40 graduate students and 48 post-doctoral clinical and research fellows, recognized by mentorship awards. Her research recognitions include Fellowship in the Royal Society of Canada (2012), the U of T Faculty of Medicine Dean’s Alumni Lifetime Achievement Award (2015), and an Honorary Doctor of Science from the University of Waterloo (2018). She was named to the Order of Ontario in 2011, cited as an assiduous physician leader and influential architect of the Ontario Stroke System, and in 2015 appointed Officer to the Order of Canada for her contributions to Alzheimer’s disease, stroke and vascular dementia.