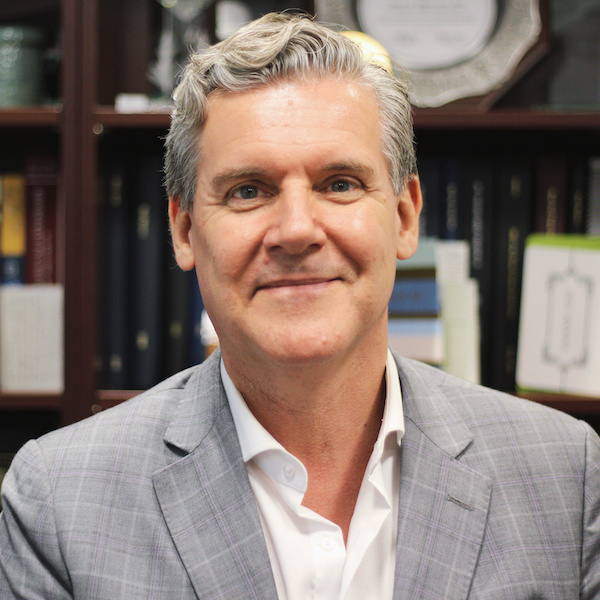 Dr. Fehlings is the Vice Chair Research for the Department of Surgery at the University of Toronto and a Neurosurgeon at Toronto Western Hospital, University Health Network. Dr. Fehlings is a Professor of Neurosurgery at the University of Toronto, holds the Gerry and Tootsie Halbert Chair in Neural Repair and Regeneration, is a Senior Scientist at the Krembil Research Institute and a McLaughlin Scholar in Molecular Medicine. In the fall of 2008, Dr. Fehlings was appointed the inaugural Director of the University of Toronto Neuroscience Program (which he held until June 2012) and is currently Co-Director of the University of Toronto Spine Program. Dr. Fehlings combines an active clinical practice in complex spinal surgery with a translationally oriented research program focused on discovering novel treatments to improve functional outcomes following spinal cord injury (SCI). He has published over 1000 peer-reviewed articles (h-index > 100) chiefly in the area of central nervous system injury and complex spinal surgery. His seminal 1991 paper, cited over 2650 times, outlined the severe and lasting consequences of SCI due to a cascade of secondary injury mechanisms following the initial trauma. His research on secondary injury mechanisms ultimately led to the commencement of the multicenter, international Surgical Timing in Acute Spinal Cord Injury Study (STASCIS), aimed at establishing the need for early surgical decompression to prevent the negative effects of the secondary injury cascade. The results from this study, led by Dr. Fehlings and published in 2012, demonstrated the critical importance of early surgical decompression (<24 hours) to improve functional and neurological outcomes, and reduce secondary complications in individuals with SCI. His work examining the use of regenerative approaches including neural stem cells to repair the injured nervous system has led to numerous international awards and has helped lead the field toward clinical translation in this area. In 2017, the initiative to create Clinical Practice Guidelines for the management of degenerative cervical myelopathy and acute traumatic SCI – a multi-disciplinary international effort led by Dr. Fehlings - was published in the Global Spine Journal. Recently, Dr. Fehlings’ work has been published in the prominent journals Nature, Nature Neuroscience, Lancet Neurology, and Science Translational Medicine.

Dr. Michael Fehlings has received numerous prestigious awards including the Gold Medal in Surgery from the Royal College of Physicians and Surgeons (1996), nomination to the Who’s Who list of the 1000 most influential scientists of the 21st century (2001), the Lister Award in Surgical Research (2006), the Leon Wiltse Award from the North American Spine Society for excellence in leadership and/or clinical research in spine care (2009), the Olivecrona Award (2009) -- the top award internationally for neurosurgeons and neuroscientists awarded by the Nobel Institute at the Karolinska Institute in Stockholm for his important contributions in CNS injury repair and regeneration, the Reeve-Irvine Research Medal in Spinal Cord Injury (2012), the Golden Axon Leadership Award (2012), the Mac Keith Basic Science Lectureship Award for significant contributions to the basic science of cerebral palsy and childhood onset disabilities (2012), and was the Mayfield Lecturer (2012). In 2012, Dr. Fehlings served as the 40th President of the Cervical Spine Research Society (CSRS) -- the only Canadian to do so -- and was honoured with the CSRS Presidential Medallion for outstanding leadership and contributions to cervical spine research. In 2013, Dr. Fehlings was honoured with the Queen Elizabeth II Diamond Jubilee Medal presented to him by the Honourable Stephen Harper, the H. Richard Winn Prize from the Society of Neurological Surgeons, the Jonas Salk Award for Scientific Achievements from the March of Dimes Canada and the Henry Farfan Award from the North American Spine Society. In 2014, Dr. Fehlings was elected to the Fellowship of the Royal Society of Canada and to the Canadian Academy of Health Sciences, and in 2016 won the Royal College of Physicians and Surgeons Mentor of the Year Award. In 2019, the Right Honourable Jacinda Ardern, Prime Minister of New Zealand, presented him with the Ryman Prize for his work enhancing the quality of life for older people, as well as the Vilhelm Magnus Medal for his contributions to the neurosurgery field.