When the patient becomes the doctor

Dr. Eugene Chang blazing a path in the field of cancer rehab following his own battle with the disease 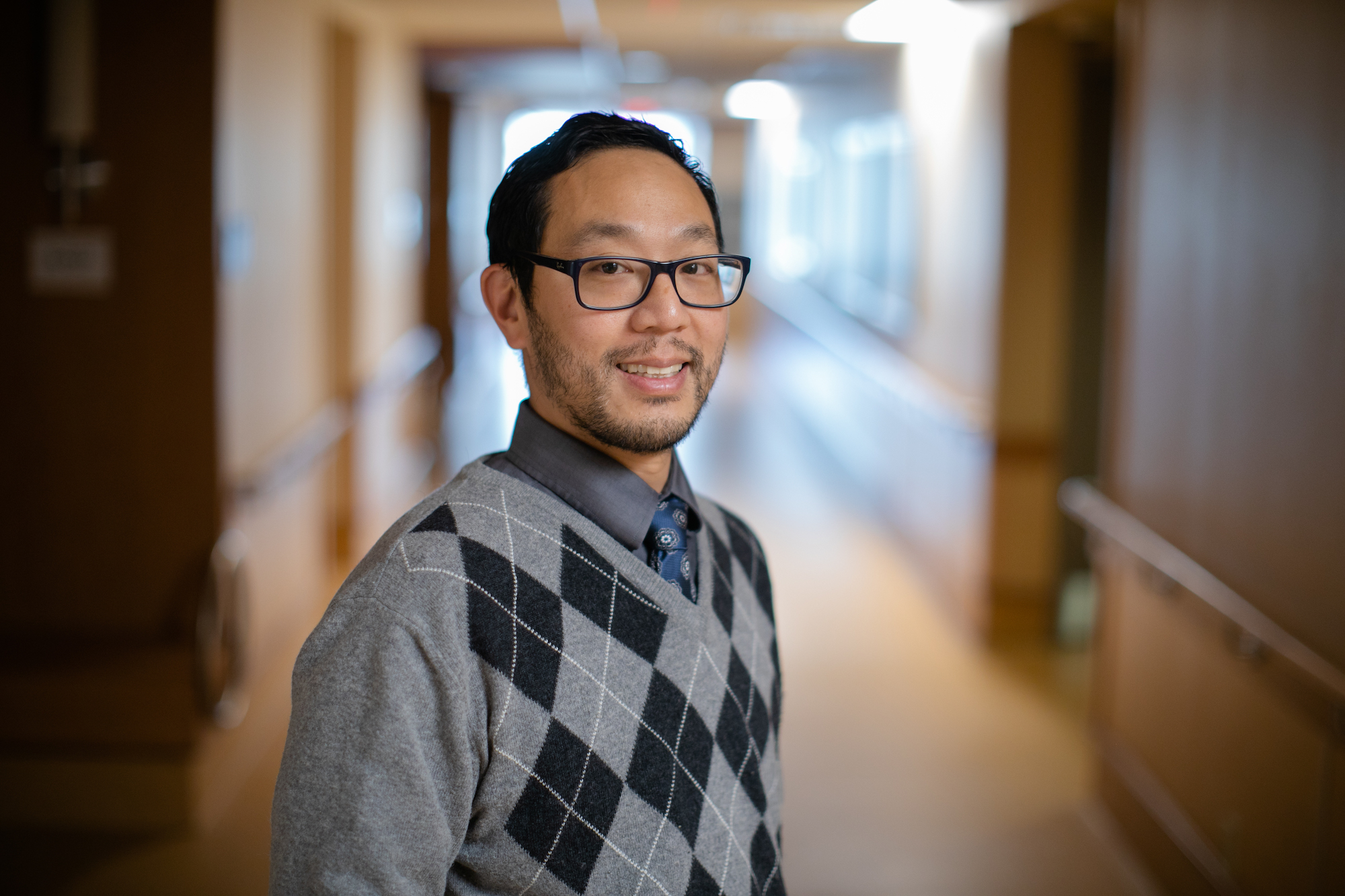 Dr. Eugene Chang is Canada’s first fellowship-trained cancer physiatrist, better known as a rehabilitation doctor, with the Toronto Rehabilitation Institute and the Princess Margaret Cancer Centre. It was his own life-changing experience with cancer as a first-year resident that revealed a gap in the healthcare system around rehabilitation services for cancer patients, and inspired him to get special training. Here’s what he says, in his own words, about his experience with cancer and how he helps others with their recovery.

As told to Diane Peters

It was fall 2005 and I had just started residency in physical medicine and rehabilitation at the University of British Columbia. I started feeling really tired – but everyone was tired. I was active, playing hockey and riding my bike to work. But I was light-headed and nauseous after my bike rides; I threw up after biking to work. At night, I was getting chills and sweating.

I thought I had an ulcer, so I went to a walk-in clinic and got antacids and had blood work done. The next day, I received my results, and read them myself. I was shocked by what I saw. My blood counts were highly abnormal, and it said, right on the report, “likely leukemia.” I talked to my supervisor and he got me connected immediately to a hematologist. That was a Tuesday, and by Friday, I not only had my diagnosis, but was back in Toronto getting treatment at Princess Margaret Cancer Centre. I had myelodysplastic syndrome with acute myeloid leukemia, which is a form of blood cancer.

At first, I was really lucky: I went into remission after the first couple of treatments of chemotherapy. I went home to rest and get healthy enough to get a bone marrow transplant, which was my only hope for a cure. But in early 2006, I developed pneumonia and ended up in the hospital with sepsis and acute respiratory distress syndrome (ARDS). My lungs were so bad I was put on a ventilator and was in the Intensive Care Unit (ICU) for a month. Eventually, they moved me to a ward that had regular beds, where I just lay there, waiting to get better. I couldn’t move without getting short of breath. I had no muscle mass. I could not stand up on my own; my legs felt like jelly.

I knew I needed rehabilitation, so I requested a physiotherapist and asked for a walker so I could start moving around and get stronger. I was requesting things that I felt should have been automatic, that should be standard of care. I worked really hard and asked my doctors to discharge me, and send me home with oxygen and a walker – I had to ask for these things.

604: Number of Canadians diagnosed with cancer every day.

After that, I was on a mission to get my life back on track. I weaned myself off the oxygen, and my fiancée Ashley and I got married that spring. In August 2006, a year shy of my diagnosis, I got a stem-cell transplant. I had a few setbacks after that, including getting graft-versus-host disease (GVHD), a common immune response after getting a transplant, and anemia, but in 2007, I finally got back to my residency and started working again to fulfill my dream of becoming a physiatrist. To move forward from all I’d been through, I had to look forward. I was cured, at least in theory, but cancer can always come back. I just wanted to live my life.

I thought I had an ulcer, so I went to a walk-in clinic. I received my results, and read them myself. I was shocked by what I saw.

At first, I really needed some time away from the word “cancer.” But after about a year, I started thinking about cancer rehab, which was a recognized subspecialty of physical medicine and rehabilitation, but no one was practising it around me. I wanted to learn more; I wanted to help others who were in the same terrible circumstances that I had found myself in.

There were two places in the U.S. that offered fellowships in cancer rehab at that time, and both of them were new. I got accepted to the M.D. Anderson Cancer Center in Houston – they only had two spaces. My story might have helped me: they knew I was committed.

Before I started the fellowship, I spoke to Toronto Rehab about building a cancer rehab program. At the time, they had five beds earmarked for cancer in-patients, but they had a vision for something more. Princess Margaret had a survivorship program it wanted to expand. I was the first person from Canada to get this training, so I signed a contract to come back after my one-year fellowship. 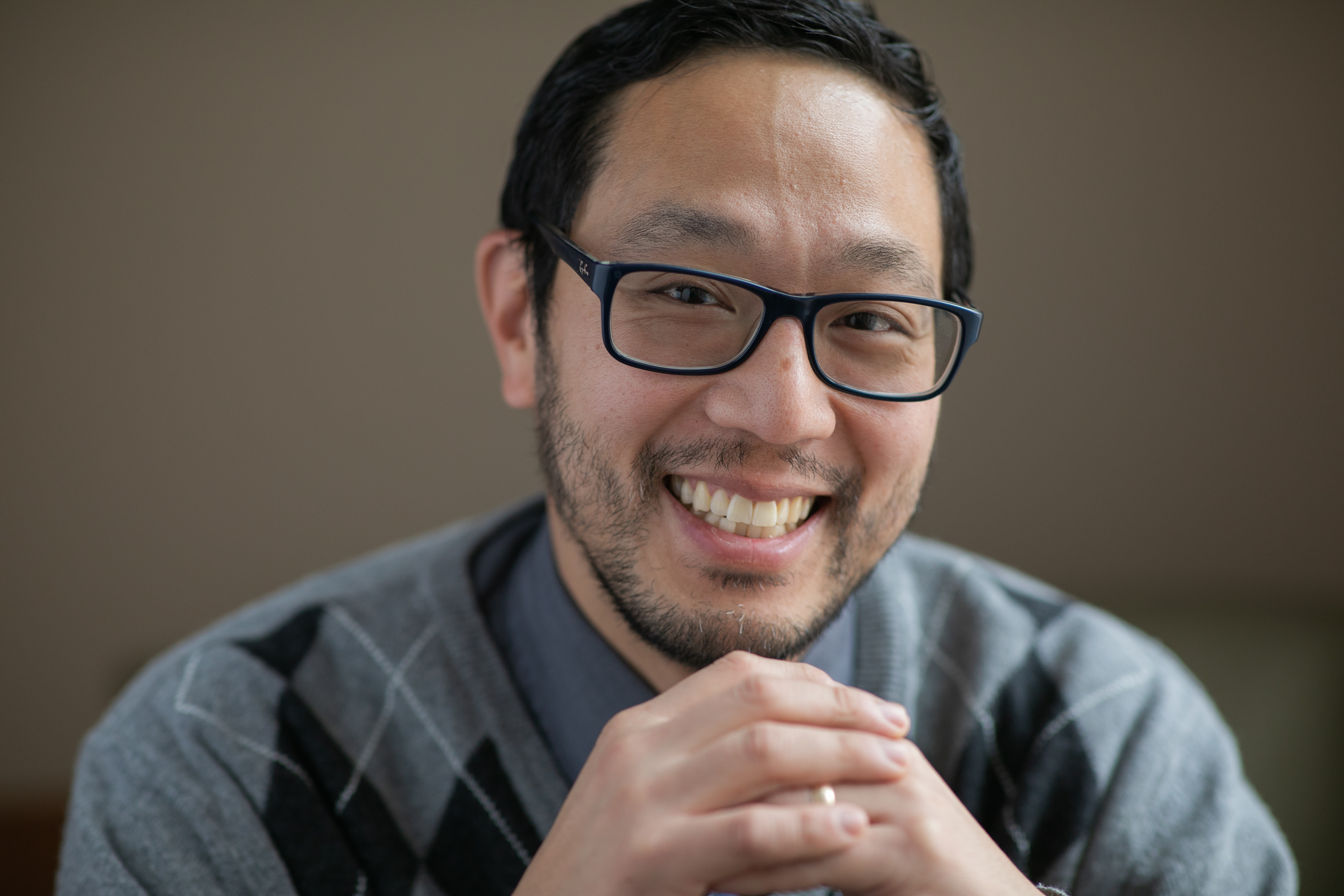 I came to Toronto Rehab in 2013 and started to help build our program. There’s a lot of demand; I have a wait list. When you help a cancer patient, like any patient who needs rehab, you look at the impairments that are affecting their quality of life and how you can help them function better.

With cancer, you have to think about things like prognosis and ongoing treatment. You have to understand some of the common problems, such as neuropathy and fatigue because of chemo. Also, different cancers tend to affect different parts of the body. For example, people with head and neck cancers often have problems swallowing and speaking. Breast cancer patients often have shoulder and arm problems.

I see about 30 patients a week, both in- and out-patients. Some patients I just see a few times and help develop a rehab program the team here delivers. Some I see for years. We’ve just hired another physiatrist to join me to see more patients and do research. We now offer a fellowship here ourselves, to train more doctors in cancer rehab.

There’s more interest as cancer treatments get better and patients live longer, but many survivors have issues with mobility and quality of life. Offering rehab to cancer patients isn’t the standard of care everywhere yet, but it should be. I’m happy to say it’s gradually growing and helping more people who’ve had cancer live better.

Offering rehab to cancer patients isn’t the standard of care everywhere yet, but it should be.