How KITE is bringing its research to the masses 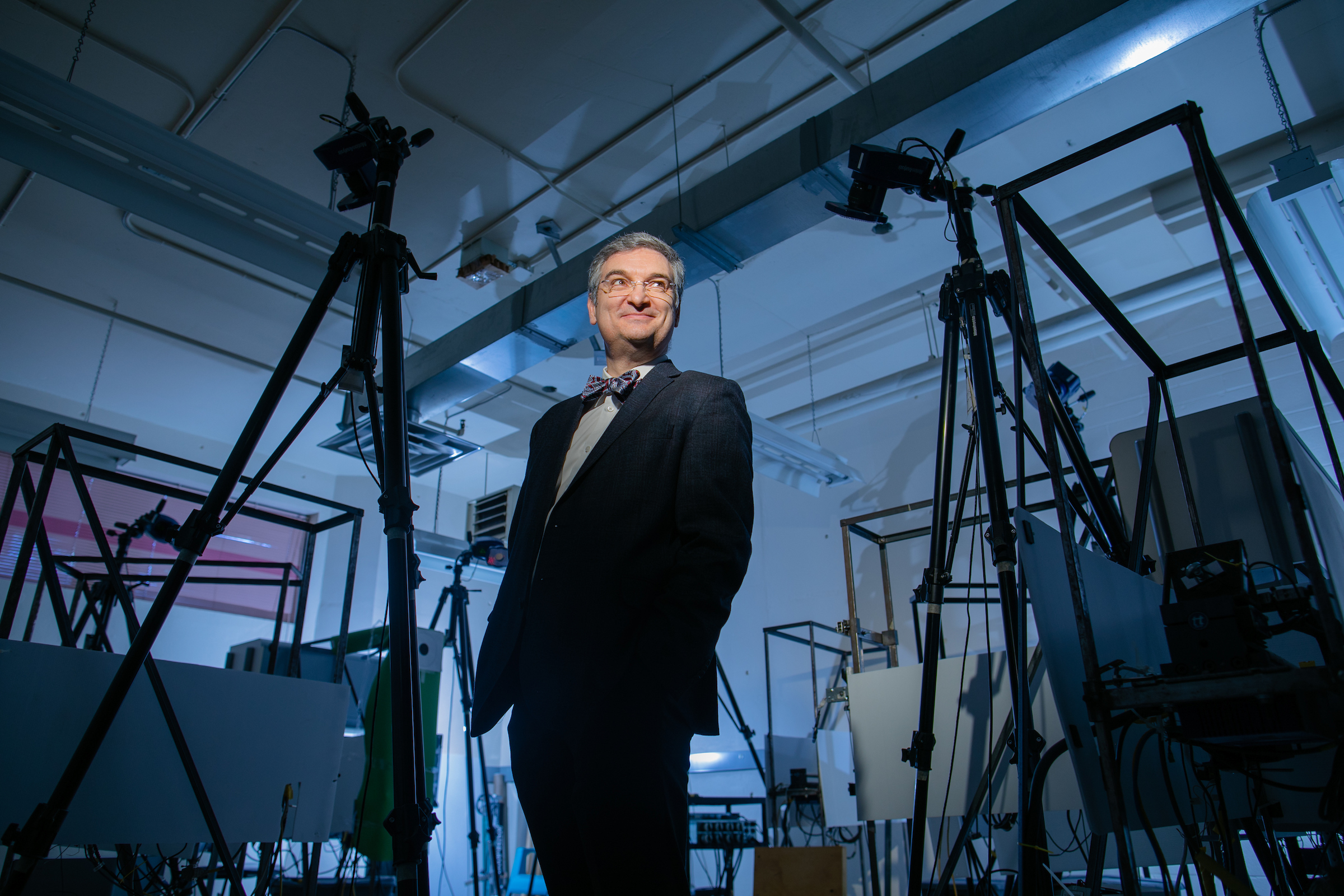 Dr. Milos R. Popovic never planned to run his own startup company. He’s a scientist, an inventor, someone who likes to discover things – he’s not interested in growing revenues and keeping investors happy.

Yet, Popovic, the research director of KITE, the research arm of the Toronto Rehabilitation Institute, has helped launch numerous companies. He has even spent some time as CEO of MyndTec Inc., a business that sells MyndMove, an electrical stimulation technology he and his team at KITE developed to help people with limb paralysis regain movement. “I’ve done it and it’s stressful,” he says about running companies. “I enjoy the discovery part more.”

While operating a business may not be his passion, bringing KITE’s groundbreaking research to a wider market does get him going. When Popovic took over as KITE’s research director in early 2018, he made innovation and commercialization a priority. By having private enterprise commercialize its research, other hospitals can more easily bring these innovations to their own patients.

“You spend $10 million on making a discovery and then you must put it back into the system,” he says. “By commercializing, you can make this technology available to millions of people and you employ Canadians who pay taxes who can then replenish the research grants you’ve used.”

Over the last several years, numerous KITE discoveries have been commercialized, with many still in the startup phase. While other centres approach their research in similar ways, none are commercializing as aggressively and enthusiastically as KITE, notes Popovic. Much of the work he and his team are doing is focused on aging, and with more boomers getting older and facing a higher number of health problems, helping all patients, not just the ones who come through Toronto Rehab, is crucial.

“Aging is going to break our healthcare system,” he says. “We’ve been working on various technologies that can enable the system to deal with this, but the only way you can make an impact is to get patients these technologies.”

By commercializing, you can make this technology available to millions of people. – Dr. Milos R. Popovic

Reinvesting in Research and Design

When Dr. Sukhvinder Kalsi-Ryan, a clinician scientist at KITE, decided to dedicate her life to rehabilitation research – she’s an expert in spinal cord injuries – she, like Popovic, never imagined that she would one day be the founder of a startup company. Yet, here she is, the CEO and chief scientific officer of Neural Outcomes Consulting Inc., a company that sells GRASSP, a tool that helps healthcare professionals determine what kind of spinal cord treatments might help individual patients most. Until she developed this tool at KITE, there wasn’t a tool as sensitive to tell if a spinal cord injury treatment – and there are many – was making a subtle difference.

With GRASSP, which stands for Graded Redefined Assessment of Strength, Sensibility and Prehension, patients take a series of tests, such as opening a jar or putting a key into a lock, to better determine their specific weaknesses. Clinicians can then decide how much help a patient requires, what kinds of treatments would be most effective and even how much money they might need from their insurance company to help them with their day-to-day needs. “It quantifies their abilities,” she explains.

Kalsi-Ryan’s research into GRASSP was partially funded by Novartis, a Switzerland-based pharmaceutical company, but instead of selling her intellectual property to them, Novartis and seven other pharmaceutical companies license the tool for use in their drug trials. The GRASSP inventor group also sells it outright to other rehab institutions, including physiotherapy departments, private clinics and others. Since incorporating in 2011, Neural Outcomes has sold about 300 units.

“What we’ve done is unique." “We opened this little window for clinicians and scientists to see that there are opportunities, but you have to be the boss of your own opportunities.” – Dr. Sukhvinder Kalsi-Ryan

But while GRASSP may be finding its way into other clinics, Kalsi-Ryan isn’t getting wealthy off her invention – that’s not the goal. She just wants others to use her device and, hopefully, generate some income that she can then put back into her work. The inventor group makes 50 per cent off of all licensing fees, while the University Health Network, which who holds the intellectual property, takes the other half. Those dollars get disseminated among GRASSP’s stakeholders every two years. “Most of what we do is reinvest back into research and design,” she says. “We want to develop sustainable opportunities, and so we take any profit and put it back into the work.”

So far, Kalsi-Ryan, who was, in part, encouraged to commercialize GRASSP by her husband, a long-time business executive and Neural Outcomes’ chief operating officer, is enjoying being a researcher and a company boss. “What we’ve done is unique,” she notes. “We opened this little window for clinicians and scientists to see that there are opportunities, but you have to be the boss of your own opportunities.” 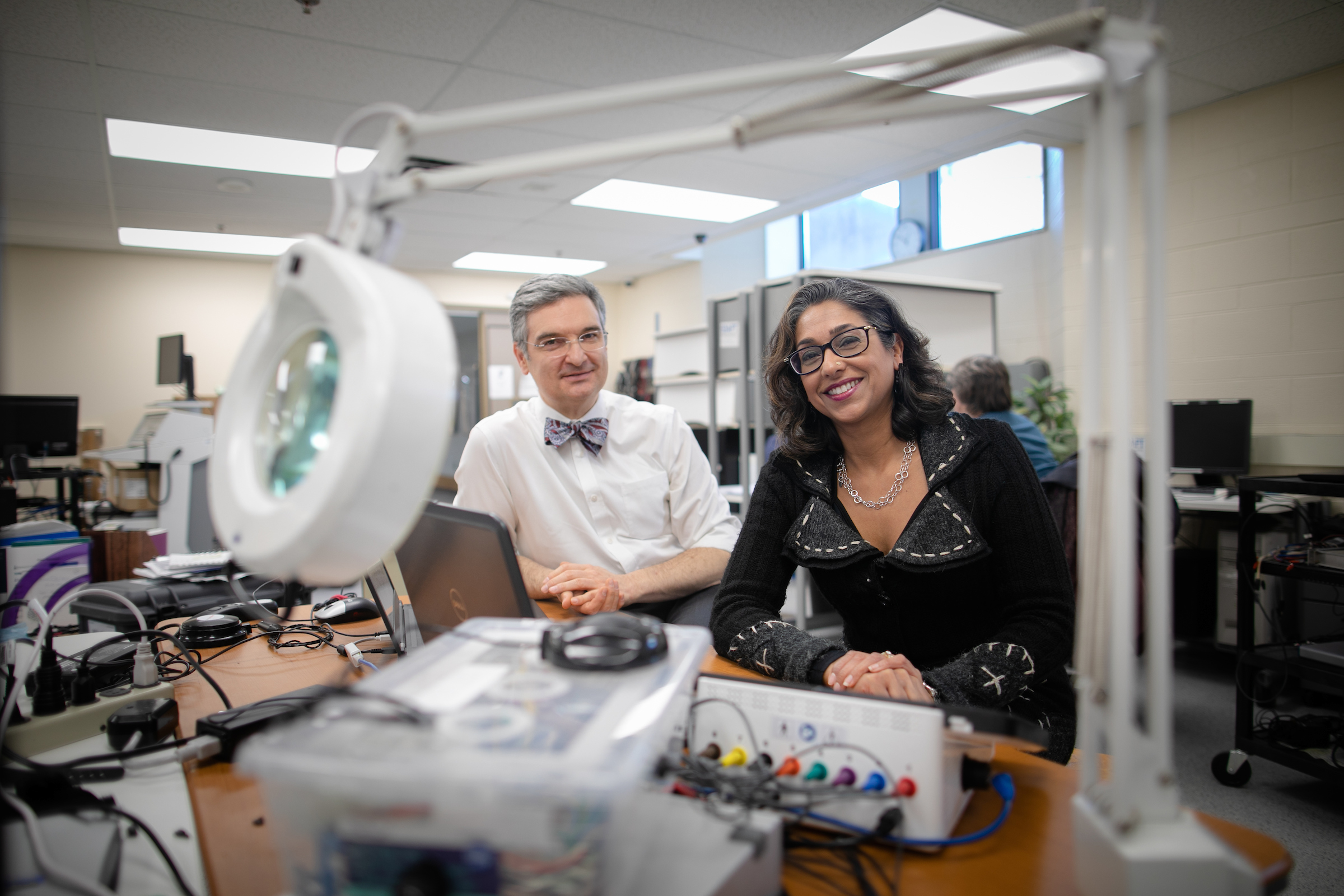 Over the next several years, Popovic hopes to bring more of KITE’s research to the masses, including his own. MyndTec Inc., the electrical stimulation technology company that sells MyndMove, has a lot of potential, he says. Its product has been proven to help people with limb paralysis regain some movement. In the 1990s, Popovic started working on a device that electrically stimulates a limb, such as a hand, to open and close and move in different ways. While this technology wasn’t new – researchers have been studying electric stimulation since the ’60s – he created a device that people could take home.

During initial clinical trials for his device, Popovic discovered that technology alone was not doing the job. People didn’t know how to use the technology properly, and so it wasn’t providing long-term benefits to patients.

“What was missing was proper training on how to use the device in daily activities,” says Popovic. At that time, he also believed that the patients would have to depend on the technology to reach and grasp. However, he discovered that as patients learned how to use the technology and were going through repetitive daily treatments, their arms and hands started improving to the point that the device was not needed any longer. “This therapy can tell the muscles how to move, and if the patients do it repeatedly, then the brain relearns how to control those movements,” he explains.

To make those connections stick, Popovic realized that MyndMove’s users needed to get trained by experienced medical professionals on how to use the technology. He started giving the device to physiotherapists and occupational therapists, who would then spend between 30 and 60 hours teaching patients. The training had a dramatic impact on results. “All of a sudden, people’s hand functions started working voluntarily – they didn’t need the device any longer,” he says, adding that he wants other rehab centres, physiotherapists and doctors to use MyndMove to help their patients.

2,800+: The number of healthcare startups, including some KITE-related companies, in Canada.

From entrepreneurialism to sustainable

While much of the commercialization that Toronto Rehab, through KITE, is doing has to do with specific technologies and tools, it’s also commercializing some of the services it provides. Its Rocket Family Upper Extremity Clinic, which has two locations, at its main building on University Avenue and at Lyndhurst, near Eglinton and Bayview, offers MyndMove and other therapies that may not be covered by OHIP, for a fee. “We created a clinic so people who want treatment can access our products and services,” says Kalsi-Ryan, who is also the scientific and clinical lead at the clinic’s Lyndhurst location. “We offer these options to people we believe will benefit, based on the evidence available.”

Besides MyndMove, the clinic also provides more general rehab for a per-hour cost. Many surgical procedures don’t come with a prescribed rehab regimen, but people can work with the Rocket Family Upper Extremity Clinic to create a personalized rehab program. Usually, about 15 to 20 people make use of the clinic in a year, with a therapeutic program tending to last between three and six months.

Both Popovic and Kalsi-Ryan say that commercialization is not about creating the next million-dollar startup, though they wouldn’t be disappointed if something were to hit big. More importantly, it’s about making KITE’s work more sustainable for the long term. Rather than relying on grant money from the government, which comes from taxpayers, they want to be able to fund at least part of their projects with the money they make through their commercial ventures.

“We’re different from other institutions in that we are moving to become more of a sustainable enterprise, versus always being a drain on the system,” notes Kalsi-Ryan. “Being sustainable will enable us to be here indefinitely and provide the services and care that people need.”