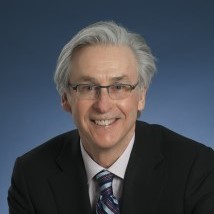 Dr. Alastair Flint is Professor and Vice Chair for Research in the Department of Psychiatry at the University of Toronto and Director of the Labatt Family Network for Research on the Biology of Depression. He is also a Senior Scientist in the Toronto General Hospital Research Institute, an affiliate scientist in the Kite Research Institute of Toronto Rehab, and a member of the School of Graduate Studies at the University of Toronto.

Dr. Flint obtained his medical degree and training in psychiatry at the University of Auckland, New Zealand. He completed a clinical research fellowship in geriatric psychiatry at the University of Toronto. Dr. Flint’s research focuses on depressive disorders in later life, with a particular focus on improving the treatment and outcome of severe depression; treating psychotic depression across the adult lifespan; and investigating the intersection of mental disorders with balance and mobility in older adults. The methodological foci of his research include randomized controlled trials, longitudinal observational studies of treatment outcome, and drug treatment. These studies have integrated behavioural, pharmacokinetic, genetic, and neuroimaging markers of efficacy, tolerability, and safety of treatments as part of the study design.

Dr. Flint’s former leadership roles were head of the UHN Geriatric Psychiatry Program at the University Health Network, head of the UHN Division of Neurosciences and Psychiatry, and the Director of Psychiatric Research at UHN. He has been listed in “The Best Doctors in Canada” and “The Best Doctors in America” for his clinical and academic contributions to psychiatry. He was formerly a triage editor and editorial board member of the American Journal of Geriatric Psychiatry and is currently a triage editor and member of the editorial board of International Psychogeriatrics. He has served as a reviewer for a number of scientific agencies, including the National Institute of Mental Health.