Walter Schroeder sold a successful business to become a full-time philanthropist. Here’s his story and why he chose to donate $20 million to KITE and Toronto Rehab 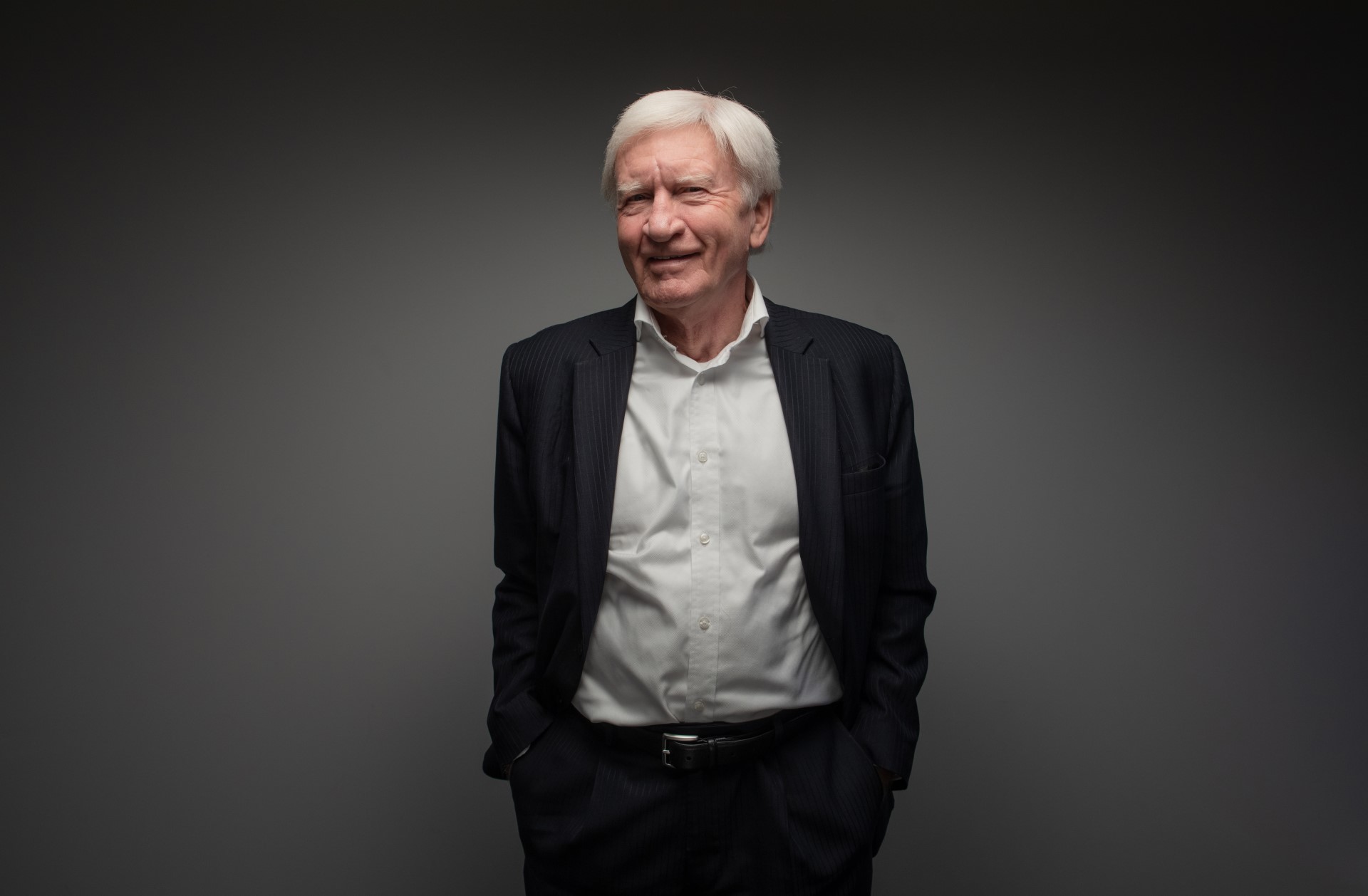 Most big ideas don’t get their start from the cramped interior of a ruby-red Volkswagen Beetle. But in 1975, with his one- and four-year-old sons bundled in the back seat, his wife, Maria, ready with a notepad, and an hours-long drive from Toronto to Montreal that stretched before them, Walter Schroeder began to talk through his vision for a bold new business. By the time the family arrived at their destination, Schroeder, who was working as a credit analyst for the investment firm Wood Gundy, had hammered out a plan for a homegrown credit-risk agency – a company that would determine whether a business could pay back its debt to bondholders on time and in full. “The kids, remarkably, stayed quiet the entire time in the backseat – otherwise, we couldn’t have done it,” Schroeder says now, from his small, but airy office in downtown Toronto. “But we put the whole idea together, from funding to timing to furniture.”

It was then that Dominion Bond Rating Service (DBRS) was born. Over time, the company grew into the fourth-largest bond rating agency in the world – it even had its name in giant red letters on the top of a skyscraper in Toronto’s financial district. In 2014, though, Schroeder felt it was time to sell. “We had probably taken it as far as we could,” he says. Two private equity firms bought the business later that year for a reported US$500 million.

Schroeder, now 80, may not have had to venture into his office every day anymore, but he had no intention of slowing down. With the money made from the sale, along with proceeds from other investments he made, the Winnipeg-raised businessman embarked on a new career as a philanthropist. He’s already committed nearly $200 million, but has plans to donate $300 million more. “I’ve got a Mennonite background, which comes with a philosophy of helping people,” he says. “You don’t just help the individual, but the whole community.”

When Schroeder started the Walter & Maria Schroeder Foundation in 2015, he thought carefully about what causes they wanted to support and found an opportunity in the medical field. “I looked around and the main thing we could help with was health,” he says.

Over that time, they’ve made landmark investments in brain and heart care, multiple sclerosis education, arthritis treatment, and in allergy prevention, among many others. One of his main focuses, though, has been rehabilitation. In 2017, he donated $20 million to Toronto Rehab to support the scientists who work at KITE, the centre’s research arm. It was the largest-ever gift to a rehab hospital in Canada. That money helped create the Schroeder Institute for Brain Innovation and Recovery, which develops new theories and conducts research for brain-related disorders. He followed that up in 2020, with a $25 million gift to create the Schroeder Arthritis Institute at UHN, which consolidates research, education and patient care under one roof.

One of the reasons why Schroeder chose Toronto Rehab and KITE is because of Dr. Geoff Fernie, a visionary scientist and former KITE director, whose research is focused on helping prevent injuries, like falls, and allowing people to live in their homes as they age. “He made me aware of the need at KITE,” he says. “It's often one person who has a great influence (who can help encourage giving) and Geoff is quite persuasive."

At the same time, “Breast cancer, prostate cancer, heart – they get the most attention,” Schroeder says. “But they’re about (increasing) the quantity of life. We decided, with our philanthropy, we wanted to emphasize quality of life. Quality of life is alleviating pain. It’s alleviating mental distress. It’s recovering from an injury and improving mobility.”

In Dr. Shehroz Khan’s lab at KITE, progress looks a little like a FitBit. “But a FitBit on steroids,” says the scientist and member of the Artificial Intelligence and Rehab Robotics research team. Dr. Khan’s team developed innovative algorithms on data collected a commercial wearable device that – can offer crucial insights on agitation, a common behaviour in people with dementia, but one that varies considerably among patients. “Agitation can be as simple as just pacing around, or it can be more aggressive; it can last a minute or up to several hours,” he explains. Worn on the wrist, each device collects data related to movement, heart rate, skin temperature and skin conductance in order to determine when a patient is agitated. “Detection is the first step,” Dr. Khan says. “If we can predict, even by a few seconds, when a person is going to be agitated, then we can alert nursing staff (in a long-term care home) and defuse the situation.” 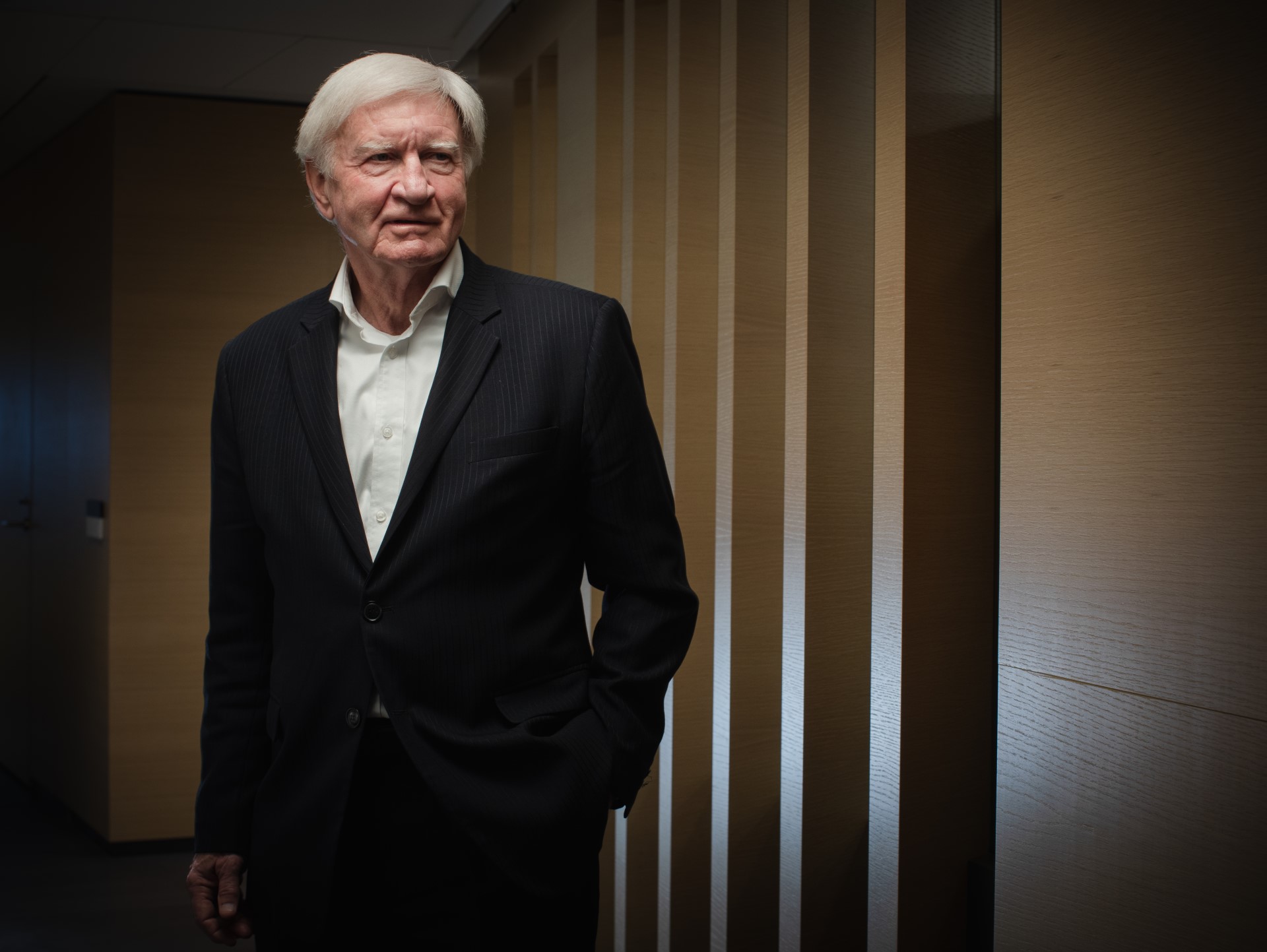 Similar algorithms are also being used at KITE in a camera-based system that evaluates gait and stability in elderly people to determine changes in balance and anticipate falls. “The Schroeder funding makes it possible to take on high-risk, high-reward projects,” Dr. Khan says. “It gives me the peace of mind to think further and build out my research, and to apply for grants that were only possible because I had that initial funding.”

Dr. Milos R. Popovic, the Director of KITE, agrees, in slightly blunter terms: “Nobody wants to give you the money to come up with data to prove that your idea is a good one,” he says. “Donations are very helpful in creating the initial data that you can provide to granting agencies to show you can get this done.” Governments and academic institutions can be risk-averse; they don’t, as a rule, go out on a limb. Dr. Popovic cites his own research investigating whether stimulating a smile on a patient’s face can help cure depression. “If you were to tell a psychiatrist about that, he would tell you that you were being nonsensical and to get out of his office,” Dr. Popovic says. “But with donor funding, we applied electrical stimulation to generate a smile, and we cured six people of depression. In order for a wacky idea to be tested, you need a donor to say, ‘Let’s try it.’”

Luckily, Schroeder prides himself on being a risk-taker. If a person tries something and everything works out perfectly, they should be happy, right? Not in Schroeder’s estimation. “My philosophy is: that person didn’t take enough risks,” he says. “You’ve got to have some failures. But the other thing is most people have great ideas – that’s not the problem – but they can’t execute on them. And my strength is that I’ve been able to execute.”

His donation has helped fund all kinds of projects at KITE, from creating algorithms that can monitor and correct patients as they move through virtual rehab exercises to neuromodulation devices that can slow memory loss or restore function in people with traumatic injuries. Dr. Popovic is working on building neural implants to detect and attenuate seizures; Dr. Khan is looking at technology that can identify social isolation, especially in those aging at home. “Some terrific breakthroughs are coming with artificial intelligence,” Schroeder says, which will provide tangible help to people struggling with conditions like dementia, stroke and immobility. “One of the most evil things that can happen is to see your loved ones fade away.”

Schroeder cares deeply about family, which is why helping others live better lives with those closest to them is so important to him. He grew up in Winnipeg, a stone’s throw from what was then the poorest postal code in Canada. His parents were raised very differently, in a German enclave in Ukraine. One side of his family ran department stores; the other had a sprawling estate. “They were very wealthy,” Schroeder says. But then the Russian Revolution arrived and “they lost it all.” His parents arrived in Canada in 1924 and managed to find work – his father as a caretaker, his mother cleaning houses – but the Depression only compounded their challenges. “It was just: survive,” Schroeder says. They were difficult times that left their mark on his father, who prized frugality and pursued stability over risk.

Still, he explains, his family’s escape from Ukraine meant survival for the next generation – in fact, with 17 siblings between his two parents, Schroeder was raised among 72 aunts, uncles and first cousins. That’s a stark contrast with his wife’s family: “They were wiped out,” he says. Thousands of Mennonites were arrested or killed under the Soviets. After the Second World War, a young Maria, her sisters and her mother ended up in Leipzig, facing deportation to Siberia. “They paid a guide in 1948 to take them into southern Germany, where there wasn’t a wall up yet,” Schroeder says. “Then they had to walk across Russian lines to get into West Germany. Her chance of making it was about 33 per cent – two-thirds got caught. They heard dogs, they heard voices, but because of a fortunate fog, they were able to thwart them. So her escape was quite dramatic.”

She ended up in a refugee camp in Germany before she was eligible for permanent residency in Canada a year later. Her mother, like Schroeder’s, cleaned houses in Winnipeg, while her sisters held down minimum-wage jobs to support the family. “In 1955, Maria was in Grade 10, getting top marks, when she told her teacher she couldn’t come back for Grade 11 because it was her turn to work,” Schroeder says. Soon after, Maria’s principal turned up at their door and made the case for Maria to continue her education. “He gave her $150, probably from his own pocket, to help them financially” – a gift that allowed Maria to finish high school, and then go to university, where she and Schroeder met. “It brings tears to my eyes,” he says. “So with that, we have plenty of motivation to do something.”

That’s why the Walter & Maria Schroeder Foundation contributes around $5 million annually to education initiatives in Winnipeg, which include full-tuition scholarships for high school students; food hampers, free breakfast, and milk subsidies; and programs to empower Indigenous youth. “I’ve seen what poverty does and how education can overcome it,” he says. These initiatives were created to support students in the city’s most vulnerable high schools – including Schroeder’s own alma mater.

All these gifts, including Toronto Rehab’s, will continue for years to come. “I’ve been the underdog in my life, and I like to fight for the underdog,” Schroeder says. “What good is it to pass money to your kids? So what I’m doing is a lot of philanthropy in a short time – in what I call the living years – so I can see the benefits. I was very good at making money, but it’s more fun giving it away.”